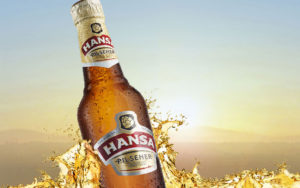 South Africa is a country rich with diversity in everything from language to arts and culture. This goes for the country’s festivals —one can find anything from a burn in the desert to cultural exhibitions in the city and a biltong festival in the heart of the Karoo. For five years we were the official marketing and communications agency for the annual Castle Lager East Cape Biltong Festival, hosted by the Blue Crane Route Municipality.

We branded the two-day fun-filled festival with the theme ‘Come Hang with Us’. We were responsible for the advertising and marketing of the festival, positioning the two-day event as well as managing the PR function. From development, production and placement of marketing collateral, to organising of media launch, print, broadcast and digital advertising, an integrated communications approach defined all the activities and tactics implemented for the festival.

The media roll-out included successful placement of various adverts on local, regional and national broadcast and print media platforms. Additionally, multiple digital and social media platforms were created to engage the audience, and for the event management team to gain some much-needed insight that contributed to the shaping of the event in Somerset East.

The country’s top brewer and distributor, SA Breweries is also the second largest brewery in the world, and a major supporter of South Africa’s vibrant sporting culture. Design@Bay’s media relations expertise created a buzz around key sponsorship from one of its much-loved brands, Hansa Pilsner – which lends its name to the globally popular Hansa Fish River Canoe Marathon – and worked similarly with SAB to launch their first Castle Lite product brewed and packaged at the Ibhayi brewery in Port Elizabeth, with crisp, clear content and critical press linkages to generate media hype.